For Kids: Thomas Jefferson was the 3rd U.S. President. He served as president from 1801-1809. It was a time of exploration and trade. Fulton's Steamboat made its first trip on the Hudson River.

At this time in history, France owned the port of New Orleans. Napoleon decided to block the U.S. from using the French port. He knew the United States needed access to a big port for shipping and trade. Napoleon needed money. England and France were at war. Napoleon needed a big chunk of money fast to fight the war.

As Napoleon expected, President Jefferson sent representatives to France to attempt to buy a piece of the port of New Orleans. Napoleon refused. Instead, he offered an all or nothing deal. He offered the United States government a chance to buy the entire French owned Louisiana Territory for very little money per acre. That territory included all of New Orleans and a whole lot more. It included 500,000,000 acres of land. The purchase price was 3 cents an acre! (Today, that would be equivalent to around 40 cents an acre.) With this one purchase, Napoleon would gain the money he needed to fight a war with England, and the United States would gain enough land to double in size. 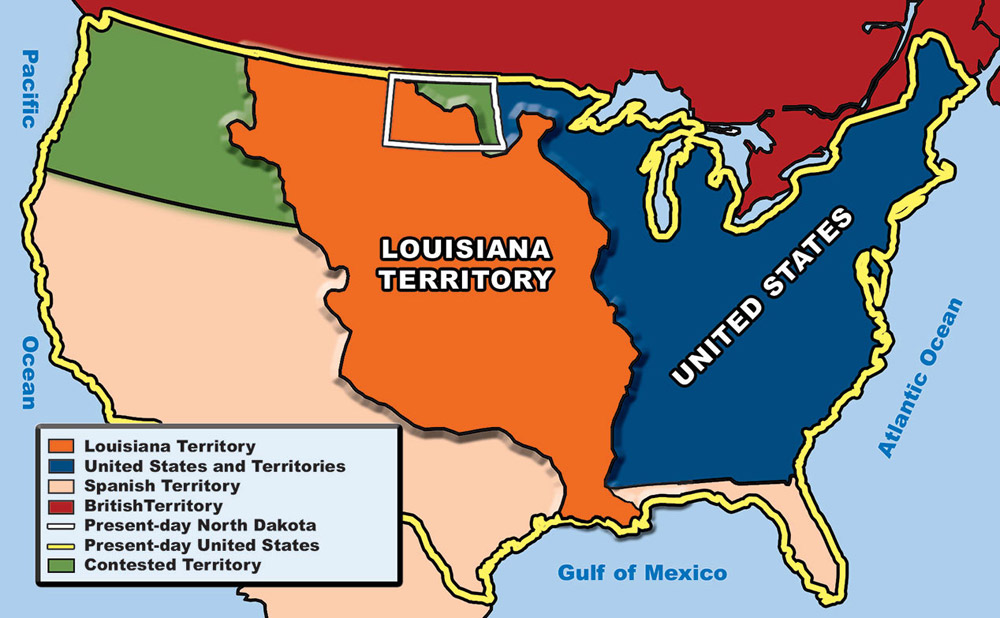 You might think it would be easy for President Jefferson to get approval from Congress for this purchase. But it was not easy. Congress had many concerns.

Congress was not able to address most of these concerns with answers prior to purchase. Time was tight. If the United States did not take the deal, Napoleon might find another buyer or change his mind. Congress decided to buy. The House approved the funds. The Senate ratified this treaty of purchase in 1803 by a vote of 24 to 7. Even today, the Louisiana Purchase (in 1803) still ranks as one of the best real estate deals in history.

YouTube - Jefferson doubles the size of the United States, but was it legal? (short cartoon, fun, and clear)